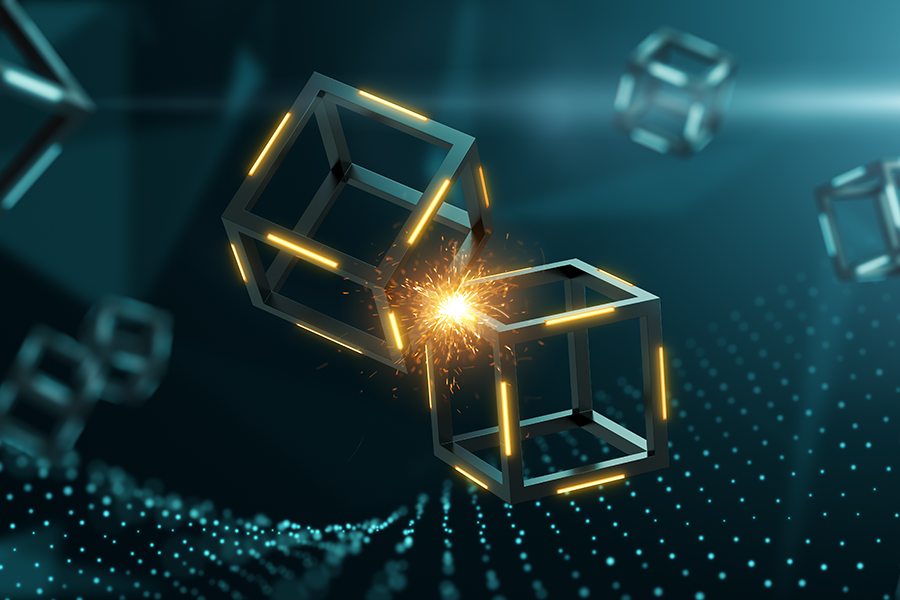 Similar to every major breakthrough in financial services, decentralized finance (DeFi) users are constantly looking for profitable investment opportunities. Increasing interest and development efforts are being observed in the new technologies ecosystem, which have exponentially increased the use of DeFi applications and instruments in recent years. Liquidity pools, lending, borrowing and staking are just some of the many options gaining traction that present an even stronger growth image. We will take this opportunity to develop on the staking concept.

Understanding this relatively new but captivating process involves recognizing where it comes from and its fundamentals. This can arguably be assessed by addressing questions like “What is consensus?” and “How do we create consensus in a system?”.

The answers  depend on the system we are in and the purpose it has. In the case of centralized finance, we have a few actors (institutions) that are responsible for setting the rules by which the system will work and be regulated, store its information, determine its payout, etc. In the “new” DeFi world and applications, the power to define these same characteristics is divided among their users, based on a set of distinct systems that value various principles. The more famous of these systems are Proof of Work (PoW) and Proof of Stake (PoS), but plenty more exist.

It’s all about the proof

In order to have vote systems in place (and therefore gain the key benefit of decentralization [1]), where users circumvent the trust dilemma and have the possibility to decide and govern how the network behaves, there has to be a cost.

Envisioned by Cynthia Dwork and Moni Naor in 1993 and carried out by Satoshi Nakamoto in 2009, Proof of Work (PoW) was the first consensus mechanism that proved essential in the birth of Bitcoin and subsequent cryptocurrencies. At a basic level, it relies on a series of miners to confirm transactions and seal them into each block in the chain. PoW requires nodes on the network to perform complex mathematical tasks (mining) as a way of verifying the legitimacy of transactions on the network through brute force and a large number of attempts. Work must be hard for miners to solve but easy for the network to check. For their work, they are compensated in a blockchain issued currency (known as utility token, but in the Bitcoin case it is also used as a transaction/security token). The size of the reward is conventionally understood as the network inflation [2].

Alternatively, Proof of Stake serves the same purpose as PoW, however with different requirements. There are no pure-mathematical solutions to this problem. Instead, consensus algorithms use a combination of cryptography and economic incentives to maintain a functional network. Originally it was thought of to lift PoW massive energy requirements, needing fewer actors (validators) and inputs. The process by which PoS sets its consensus mechanisms require validators to lock away (stake) part of the network’s cryptocurrency, and through each blockchain specific rules [3], pseudo-randomly choose the transaction validators from a pool of users. Once chosen, they must provide secure and stable infrastructure. For their contribution, validators also receive the blockchain issued currency as reward [4].

PoS is arguably a more equitable system, given that its cost-return function is linear, while PoW function is exponential (has logarithmic input costs, like electricity). Regarding its security, although it is also susceptible to the 51% of attacks like PoW, there’s a key difference. Instead of having to control 51% of the computing power of the network, an attacker has to possess 51% of the network’s currency. Its security is meant to be derived directly from the perceived economic value of the network — how expensive it is to purchase a majority stake. This sets a higher cost for the attacker, potentially losing millions of dollars on its staked capital as a penalty [5].

The staking market has been gaining popularity in the past couple of years. With a current market capitalization of US$ 35.76B and a total cryptocurrency market capitalization ranging between US$ 392B and US$ 420B [6], it captures almost 10% of total market share. The top staked coins are headed by Polkadot (DOT) with US$ 4.4B, Cardano (ADA), Eos (EOS), Tron (TRX), Tezos (XTZ), and Cosmos (ATOM), with amounts staked ranging from 20% (TRON) to 79.83% (Tezos), but as much as 94.30% on Switcheo [7]. The main staking providers include Binance Staking, Everstaked, Staked, Sesameseed, WeDeFi, and Cake DeFi [8].

Even though staking grew tremendously in the last couple of years, its future is uncertain. On the one hand, staking pools protocols are being developed to overcome some of the inherent staking shortcomings (such as minimum staking investment for each blockchain), attracting retail investors that can access and share a percentage of the inflation profits [9]. On the other hand, there is increasing competition for users’ funds on the Blockchain ecosystem. Lending, for example, is an alternative to staking that as well provides passive income. Furthermore, the birth of new consensus protocols (such as Proof of Space, Proof of Elapsed Time, PoW focused on privacy features like Dash, and other) threaten the widespread adoption of PoS. Nevertheless, the second-biggest blockchain system Ethereum is working towards migrating from PoW to PoS, indicating that demand is likely to be strong for staking services.

SCALABLE Solutions is offering the most advanced staking feature on the market. As leading white label technology providers specializing in exchanges, we believe the staking feature will help our existing and future clients provide even better services to their users. Not only will it include typical staking information (such as APR/APY), but also currency minimum holding, payout frequency, and more. Holdings on main and trading accounts can be staked at order, thus further improving users profits, while still being able to use their funds any time. The feature will be easily accessible to turn on and off as the user desires.

[1] In this context, decentralization refers to how transactions are validated in the network. This means that anyone has the ability to set-up a miner or staking node and begin validating tractions instead of relying on a central to approve all transactions

[2] Blockchain inflation describes a growing token supply, that when used to pay for the work and security of the network, supports the growth of the token-based economy. The inflation rate depends on each network, its requirements, and what the consensus determines optimum.

[3] Every PoS blockchain has a specific set of rules for its validators. These rules define the technical and financial requirements to become a validator (for example, a minimum stake size), and the algorithms of selecting validators (coin age, stake size, lowest hash value) to perform an actual validating task.

[4] The principles of the reward distribution among the validators are usually calculated (but not limited to) on stake size, the actual participation in the consensus mechanisms and the total amount of coins at stake.

[5] PoS networks also have in place lock-up periods, that prevents potential attackers from withdrawing funds immediately after an attack.

[7] Top Coins by US$ staked: https://www.stakingrewards.com/staking?page=1&sort=tableTotalStaked_ASC

[8] By numbers of staking users. https://www.stakingrewards.com/providers?page=1&sort=users_DESC

[9] Likewise, cold staking allows a person to delegate his staking power to another wallet. This helps in keeping coins safe and secure in an offline wallet, while an empty wallet stays online and earns rewards for the offline wallet.